In the News: Half Moon Bay library is set to open by August 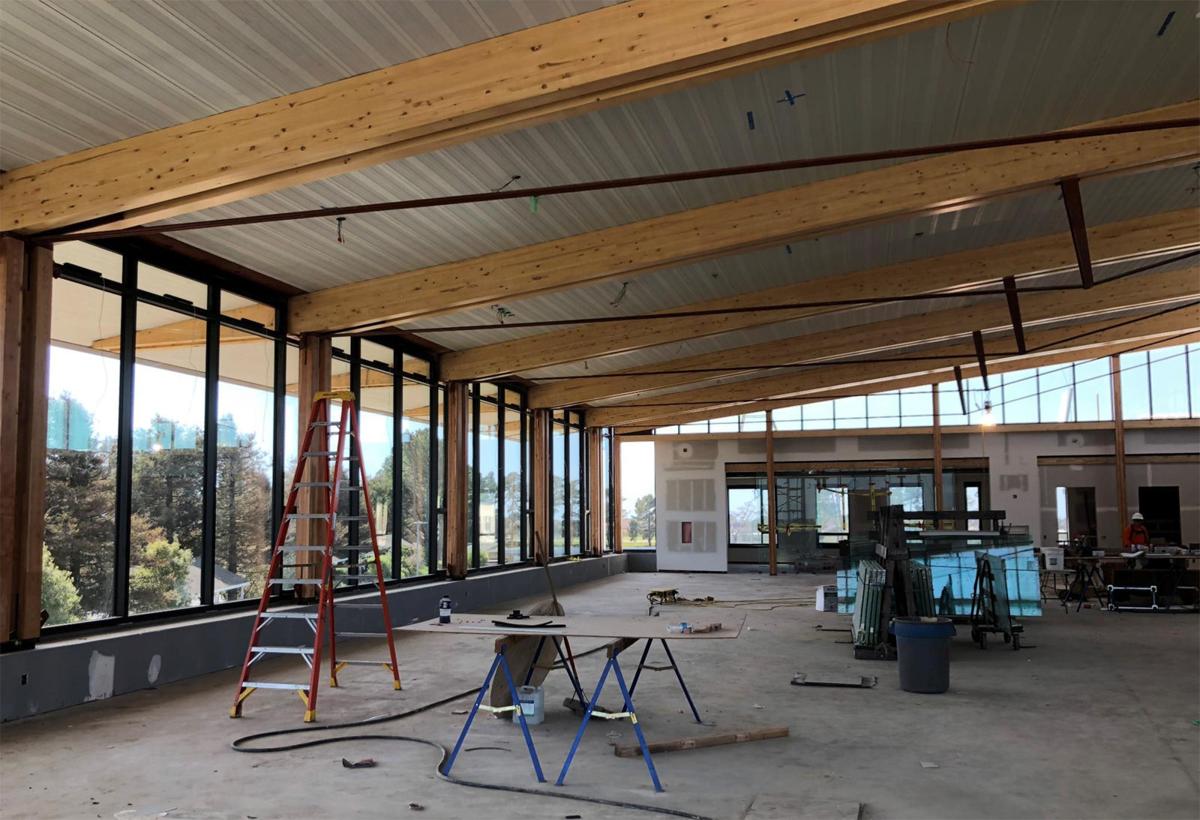 What is likely Half Moon Bay’s largest and most anticipated public project ever, the new $24 million, 22,000-square-foot library that has been years in the making is set to open its doors by August.

The City Council adopted a donor recognition and naming policy for the library at a meeting last week, and Public Works Director John Doughty reported that the community centerpiece remains on schedule and on budget, with mostly interior work as well as various improvements to Correas Street remaining.

The new facility will be equipped with a community room — which can be broken up into smaller rooms via an accordion wall — maker space, children’s play areas, a computer lab and parking lot, and will be home to digital collections along with books and DVDs.

Landscaping and benches adorn the perimeter of the building and, thanks to community donations, a foldable mostly glass wall that opens up to the courtyard has been installed. There will be two outdoor seating areas, including one for children, and a plaza with seating in the front.

Construction should be complete by late June. The facade is mostly in place, except for the front doors, the drywall is up and all second-floor windows have been installed.

“Even on darkest dreariest of days this place is lit up naturally,” Doughty said, according to a video of the meeting.

On clear days, the view from the second floor extends to the ocean.

Doughty said his department is also working on improvements to Correas Street, which include a “road diet,” bulb-outs and new crosswalks as well as green infrastructure to treat stormwater. The goal is to complete this project before the library opens.

As of last week, it seems the library’s only construction hiccup is a series of change orders, or unforeseen costs, totaling $372,062 and representing 2.04 percent of the original bid and contract amount, according to a staff report. The City Council approved a contingency of $1,174,017 to cover change orders for the project and, as of last week’s meeting, $801,955 of that fund remains.

“With a project of this size it’s not unreasonable to have these change orders, and I think they’re quite modest, frankly,” said Councilman Rick Kowalczyk.

But the council also requested a more detailed analysis of the change orders in monthly project update reports.

“It’s probably the biggest Public Works construction project we’ve had so I want to make sure we learn from it, and if necessary, fine-tune our process going forward,” Councilwoman Debbie Ruddock said.

Doughty said his department will happily oblige, and appeared confident the current contingency amount would be sufficient to see the project to its completion.

The library, of course, represents a significant investment, but it will also bring in revenue.

Naming rights start at $25,000 for study rooms and reading nooks, and are as high as $500,000 for the community and children’s rooms, among other spaces.

Anyone contributing more than $500 will be recognized on a donor wall in the lobby at the front entrance of the building.

“It’s a beautiful way to bring the community together and see how much the community participated in this process and made this library possible,” said Deputy City Manager Matthew Chidester, adding that the policy was developed along with the San Mateo County Library Joint Powers Authority and Friends of the Half Moon Bay Library.

Naming has to be approved by the council, which also reserves the right to remove a name if it decides the city should no longer be associated with that donor.

Half Moon Bay split the cost of the library with San Mateo County. Each spent $12 million: Half Moon Bay allocated $6 million from its reserves “set aside for this purpose” and another $6 million came from a loan from the county, Chidester said.

Chidester also said the JPA is contributing $1.5 million toward furnishings and equipment, while Friends of Half Moon Bay Library has raised $500,000 to date.

“I think this has been a long time coming and it’s going to be great for the community and efforts around the library,” Chidester said.