In the News: Remodeled Bicentennial Park in Hawthorne reopens after 20 years 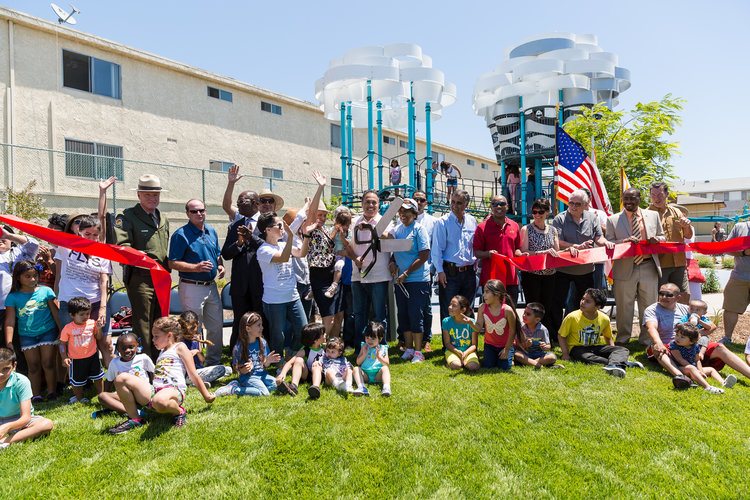 After sitting dormant for almost 20 years, a Hawthorne park reopened Saturday with a totally new look, courtesy of local nonprofit From Lot to Spot. The nonprofit worked with the city of Hawthorne and the Trust for Public Land to revitalize the park.

The redesign took six years, and the newly revamped park now features a walking path, a splash pad, mosaic art, and fitness equipment—upgrades that were implemented after rounds of community outreach to discover what neighborhood residents wanted in their park.

“In doing park space equity work we believe it’s absolutely critical to do that with the community, alongside the community, so that they feel empowered and engaged every step of the way,” From Lot to Spot’s executive director Viviana Franco said in a statement.

The park also includes some sustainable features like LED lights, drought-tolerant landscaping, and bioswales, which will collect and filter rainwater as it passes through the park. SWA provided the landscape architectural design for the park.

KPCC reports that Bicentennial Park was closed in the 1990s in an attempt to curb “illicit activity.” Previously, the park had mainly been made up of some under-used tennis courts, says From Lot to Spot. The park, located at 13106 Doty Avenue in Hawthorne, measures about one acre.

From Lot to Spot, a Boyle Heights-based organization, turns vacant or underused land into public green spaces, like parks and community gardens. Last year, the organization partnered with the Trust for Public Land to open a park in Lawndale on what had been a vacant lot.