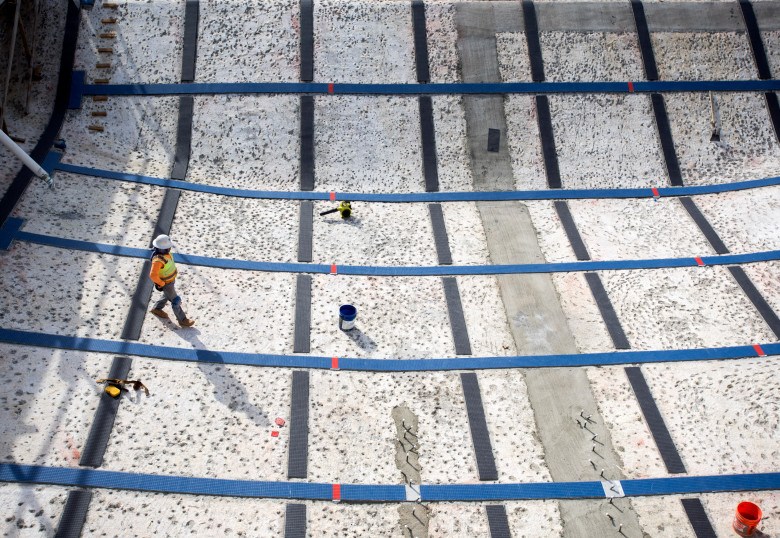 Construction crews are on the home stretch as the complete renovation of the Marguerite Aquatics Center continues to take shape.

Shells for all three pools – a 50-meter, Olympic-sized swimming pool, a dive pool and a shallow pool where children can learn to swim – are complete and awaiting final plaster before being filled with water.

The 45-foot dive tower, constructed using 1 million pounds of concrete, is awaiting platform surfacing and decorative lettering and lighting. The tower’s platforms are wide enough for synchronized diving, the first in Orange County.

Four springboards, two 1-meter boards and two 3-meter boards, are still to be installed on either side of the tower.

Most of the buildings being constructed are near completion as well, officials said. The electronics, including an electronic results board between the main pool and dive pool, and touch pads in the main pool have yet to be installed.

The Marguerite Aquatics Center opened in 1972 and is mainly used by the Mission Viejo Nadadores swimming and diving club, though Rattay said the city is planning on implementing some programming open to the public.

The center is scheduled for an opening day celebration from 10 a.m. to 2 p.m. on April 7, which will include a handful of current and former Olympians, officials said.