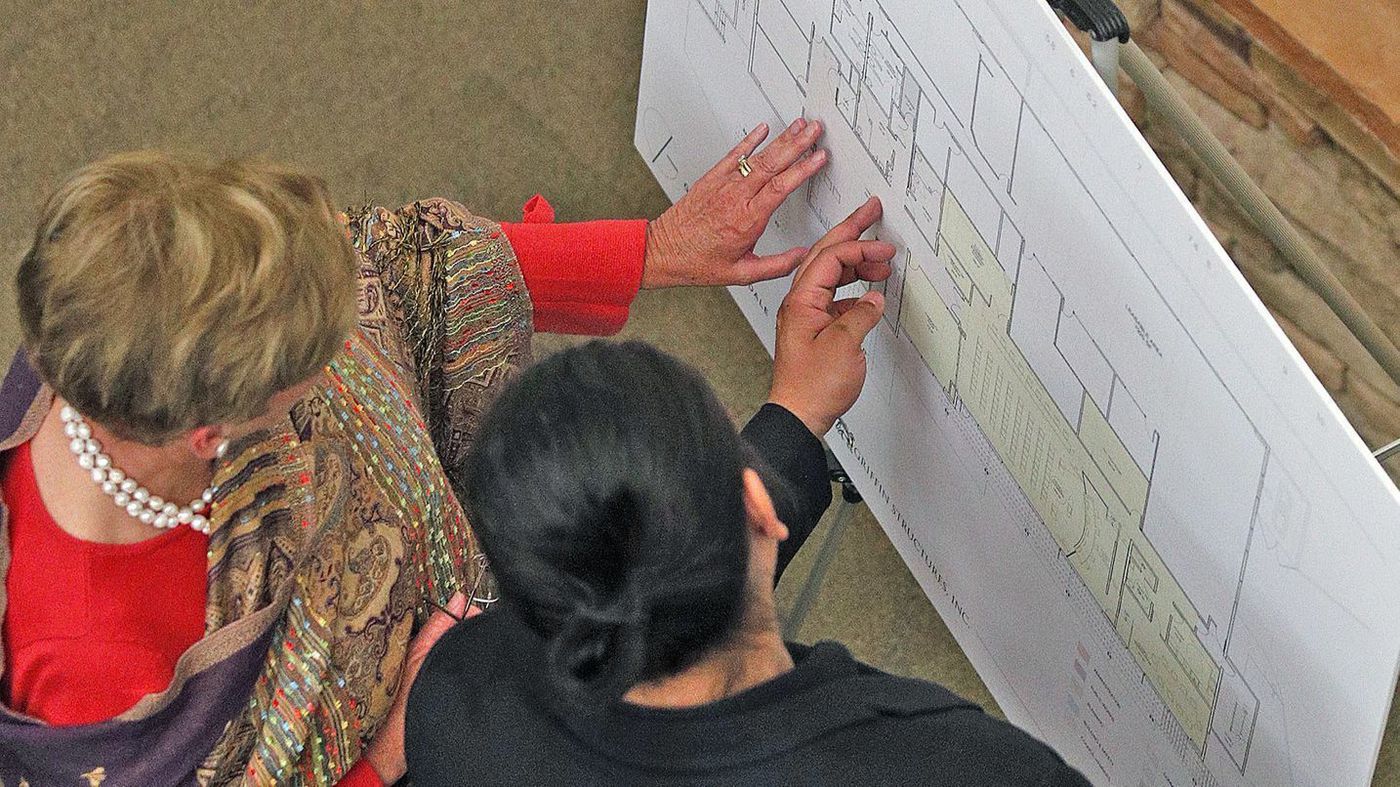 La Cañada City Council members approved plans for their new City Hall last week that call for $6.45 million in renovations, though financing options and deciding whether reserve funds will be used to help cover construction costs remain to be seen.

In an April 12 special meeting, the panel took a virtual walk-through of what the new civic offices might look like situated on the second floor of a 27,881-square-foot former corporate headquarters for Sport Chalet, purchased last year for $11.3 million.

Consultant Jon Hughes, vice president and director of operations for Irvine-based Griffin Structures, said project designers worked in accordance with eight guiding principles, including expedience, economy, inclusion of community areas and a clear delineation between city and 7,920-square-feet of leasable space on the first floor.

“We believe that we have met those guiding principles. That has been the bible we have used to shape our design,” Hughes said, calling the proposal a delicate balance between high-quality, modern elegance and fiscal prudence.

After a lengthy discussion, Councilman Greg Brown cast the lone dissenting vote against the proposal, saying its designation of more than 19,000-square-feet of space for use by a city staff that currently makes due with a 7,200-square feet facility was not how La Cañada residents would want to spend taxpayer money.

He expressed a preference for earlier plans that had all civic space confined to the building’s first floor, saying it maximized leasable space while putting construction estimates at a more modest $3 million.

“This is a real misplacement of where our priorities should be,” he said of the new proposal. “I think doubling the [current] space is more than generous — tripling it, in my view, is inappropriate.”

Other council members supported the updated proposal, which places offices upstairs with conference rooms for each department, a waiting area and public meeting room while a 1,449-square-foot council chamber with a kitchen and an additional meeting room share the bottom floor with the leasable space.

“This isn’t something we took lightly,” she said. “We’re looking at a 30 to 50 year investment in our community. I don’t think we’re being extravagant.”

City staff provided several scenarios for how the renovations might be financed, dependent on whether the city used another $1.5 million from its $11.5-million reserve fund (after taking out $5.56 million to purchase the building) or no reserve money and whether the city decided to sell or continue to lease an adjacent Montessori school that came with the property.

Having approved the concept design, the city’s next steps would be to submit the design for a plan check and advertising for contract bids within the following two weeks, Hughes told the council.