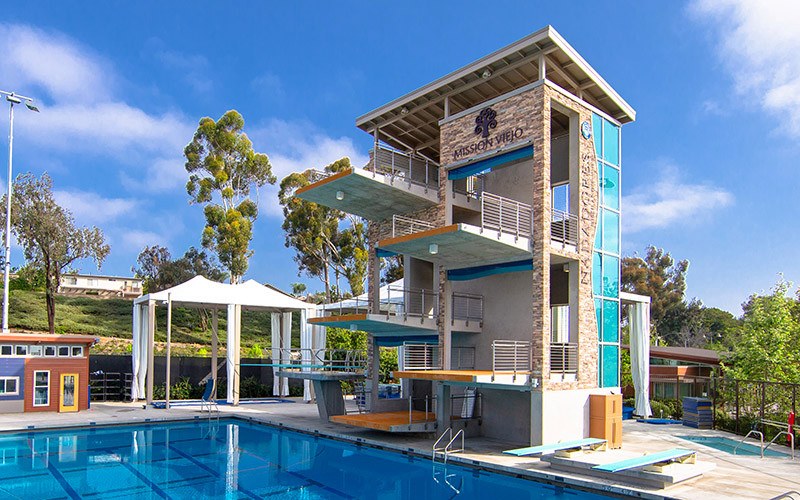 The city of Mission Viejo’s reputation as a world-wide, aquatics powerhouse received a boost Thursday with an announcement it will host a FINA Diving Grand Prix meet in April at its recently-renovated Marguerite Aquatics Center.

The complex, which re-opened in April with a new dive tower among the improvements, will host elite U.S. and international divers April 11-14 as the Grand Prix returns to the United States for the first time since May 2013 in Fort Lauderdale, Florida.

“This is an injection of excitement for all divers in Southern California,” said Mission Viejo Nadadores coach Michele Mitchell, a two-time Olympic silver medalist on platform. “As a team, as a city, we are delighted to invite the world to Southern California.”

Mitchell, who trained for the 1984 Olympics with the Nadadores under famed coach Ron O’Brien, said the meet also is a major coup for USA Diving and momentum for the 2028 Olympics in Los Angeles.

She said the long-running Grand Prix meet in Fort Lauderdale was once the “crown jewel” of the U.S. domestic diving calendar.

“Mission Viejo, in the world of aquatics, is on everyone’s bucket list,” said Mitchell, a member of the USA Diving board of directors. “This is the first step for USA Diving and Mission Viejo getting back on the world calendar.”

Cait Cohn, a spokesperson for USA Diving, said Thursday that its divers for the April meet will have qualified for the competition. The federation expects to announce its roster for Mission Viejo in the spring but the event falls after the NCAA men’s and women’s championships in late March in Austin, Texas.

Mitchell said USA Diving, the city of Mission Viejo and the Nadadores worked with FINA in landing the meet. The city-own Marquerite Aquatics Complex received an $11 million renovation, including a new 45-foot dive tower.