In the News: Laguna Beach Breaks Ground on Village Entrance 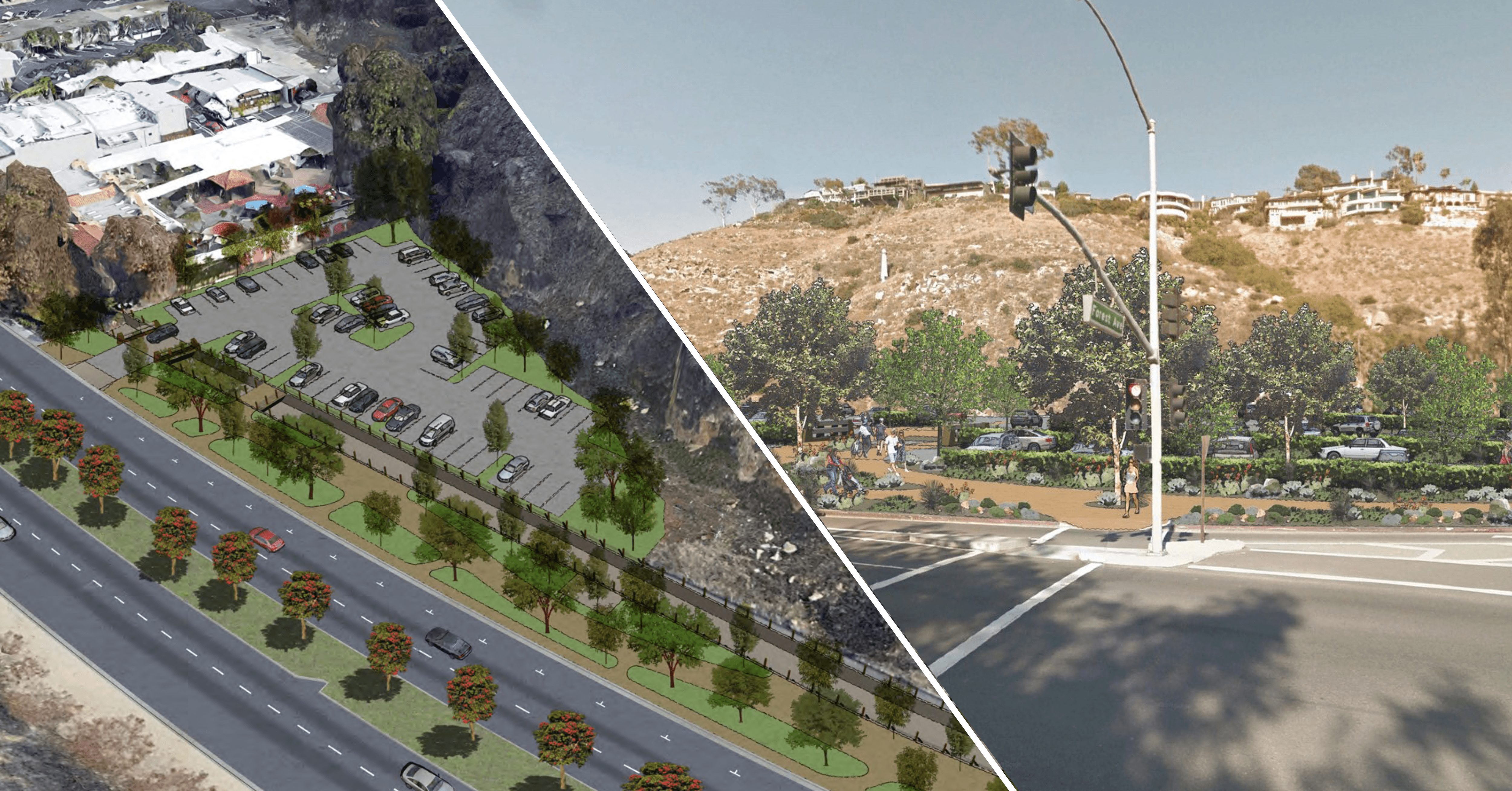 The ground-breaking marked the start of the long-awaited Village Entrance project, an $11.1 million plan to beautify and bring added safety to the entrance into Laguna Beach’s downtown from the canyon road. The project will be built in phases, with a break during the summer of 2019. Completion is targeted prior to summer 2020.

The project — divisive at times — has been in the works for more than four decades.

The area, near the intersection of Broadway Street and Forest Avenue, has gone through a series of beautification proposals — including a $43 million plan scrapped in 2013 that included a four-story, 506-space parking structure. That controversial plan pitted Chamber of Commerce members against dozens of residents.

“This is a day many of us thought we’d never see,” Councilman Steve Dicterow said Tuesday. “This is a project that goes back to the mid-1960s. No council wanted to make a decision until we thoroughly vetted it and got consensus in Laguna Beach. This has been a process of how democracy can work well in a small town. It will be beautiful and increase safety.”

The Laguna Beach City Council in August approved a contract for a $10.8 million project. A day later, city officials revised the project’s budget to $11.1 million to reflect final design and all anticipated construction-related costs.

The Village Entrance project includes landscaping, a pedestrian bridge over the channel and bicycle and pedestrian paths. There will also be a new metal building for city lifeguard and police equipment. Decorative fencing will cordon off the channel area now bordered by a chain link fence.

Plans to spend $100,000 to paint and patch the exterior of the nearby historic digester building as part of the project were scrapped during Tuesday night’s City Council meeting. The council decided unanimously to hold off until a final decision could be made on whether there should be a complete interior and exterior remodel of the 1930s building.

The council agreed to direct the city’s staff to see whether grant money is available to pay for the restoration, as well as for the removal of waste still in the digester.

Testimony from the public on Tuesday was divided. Some favored demolishing the old building and turning the area into a skatepark. Others pushed to maintain the building, given its historic significance. Local architect Morris Skendarian, who has done previous reviews of what it would take to restore the building to its historic status, said a remodel could cost as much as $1 million.

“Let’s take it slow,” said Mayor Pro Tem Rob Zur Schmiede. “Let’s see how the project proceeds and let’s look at the dollars we have.”

Ryen and Anne Caenn were among a dozen residents who showed up for the groundbreaking. “This is a historical event we’ve been waiting for,” said Ryen Caenn, a 21-year Laguna resident. “It’s time to get it done. It’s gone back and forth — we had to make a decision.”

His wife agreed. “After Dana Point has done such a good job beautifying their entrance, Laguna Beach is just as important and should be just as good,” Anne Caenn said. “I really like how they’ve redone the festival on the other side. This should reflect that.”