In the News: It took years, but Yorba Linda turns the first shovel on its library and arts center 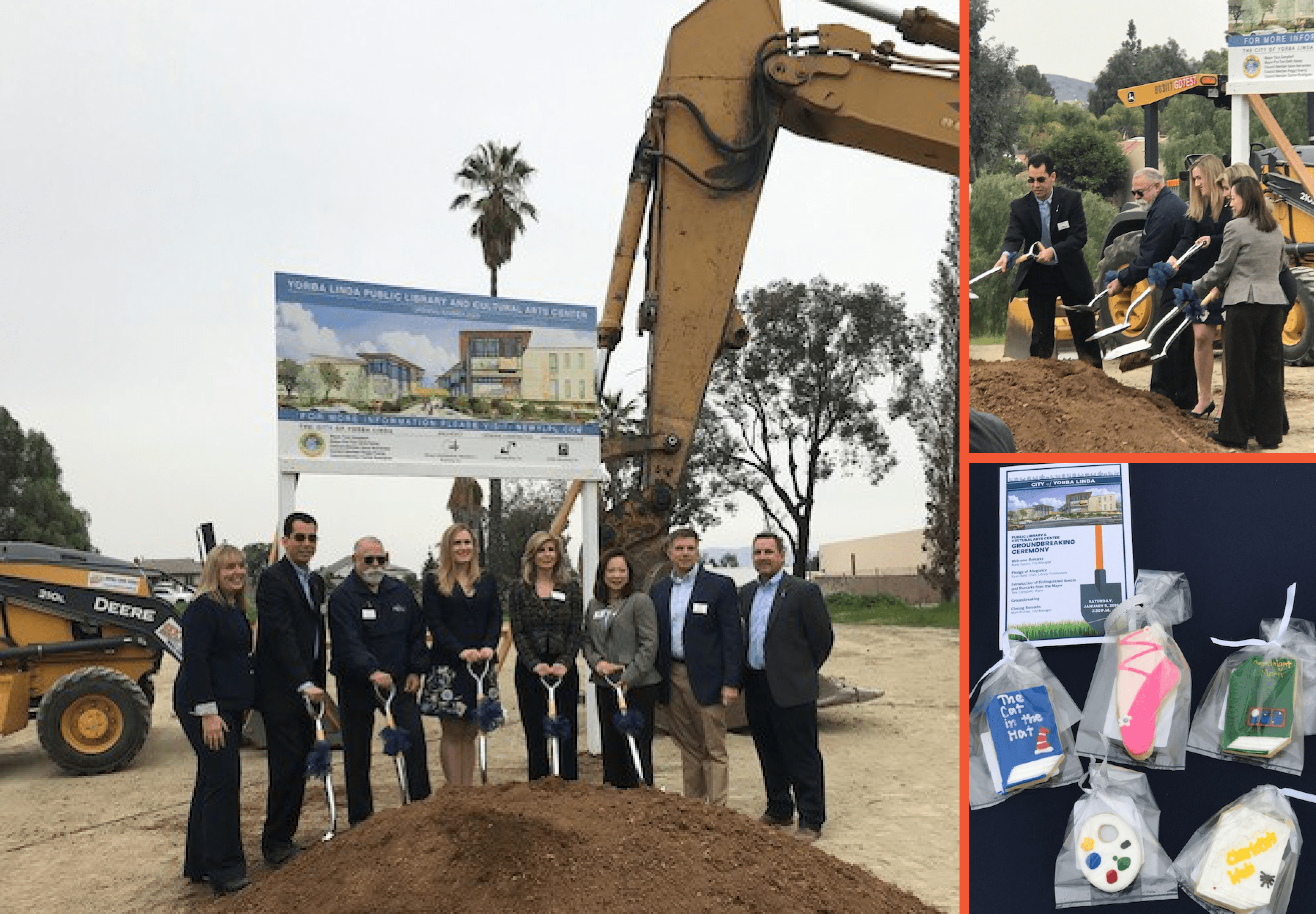 Yorba Linda’s $51 million new library and arts center broke ground on Saturday, Jan. 5, with the long-awaited facility expected to open in the summer of 2020.

“It’s going to be a historic day for Yorba Linda,” Mayor Tara Campbell said of the groundbreaking. “This is going to serve our families and children and seniors for decades to come.”

The 4.7-acre “strawberry field” lot on Lakeview Avenue will be transformed into a two-story, 48,000-square-foot library and a 15,000-square-foot arts center, connected to each other by a paseo.

The new library will be more than 70 percent larger than the current aging facility about a block away. It will feature a large, dividable community room, dedicated space for teens, more study rooms and a larger storytime theater among its features, Library Director Carrie Lixey said.

“Our facility right now is not adequate for all that we do,” she said. “We have to turn people away from programs. So, we are really looking forward to being able to offer our community all of our programs.”

The arts center will have a black-box theater named after Virginia DeLand, the founder of the Yorba Linda Civic Light Opera, as well as a dance studio and an art room.

The project has been discussed since 2010, but was put on hold for years as the city’s redevelopment agency was dissolved, affecting funding sources. The effort got a reboot in 2016 and the City Council chose the former strawberry fields as the location.

Expectations were for a $53 million price tag, but the cost of the project went down by about $2 million when the bids for the construction came in, the city’s finance director, Scott Catlett, said.

About $25 million will come from the library’s reserves built up over the years. The council also approved issuing about $16 million in bonds, repaid by the future library revenue. The rest of the funding comes from the city’s general fund reserves and the sale of a 13-acre property on Bastanchury Road. The city will sell the old library building for an In-N-Out.

There may need to be a short closure of the library to relocate its collection to the new building, Lixey said, but she doesn’t expect any impacts until the summer of 2020.