In the News: Hit the ice at the new Great Park Ice skating rink 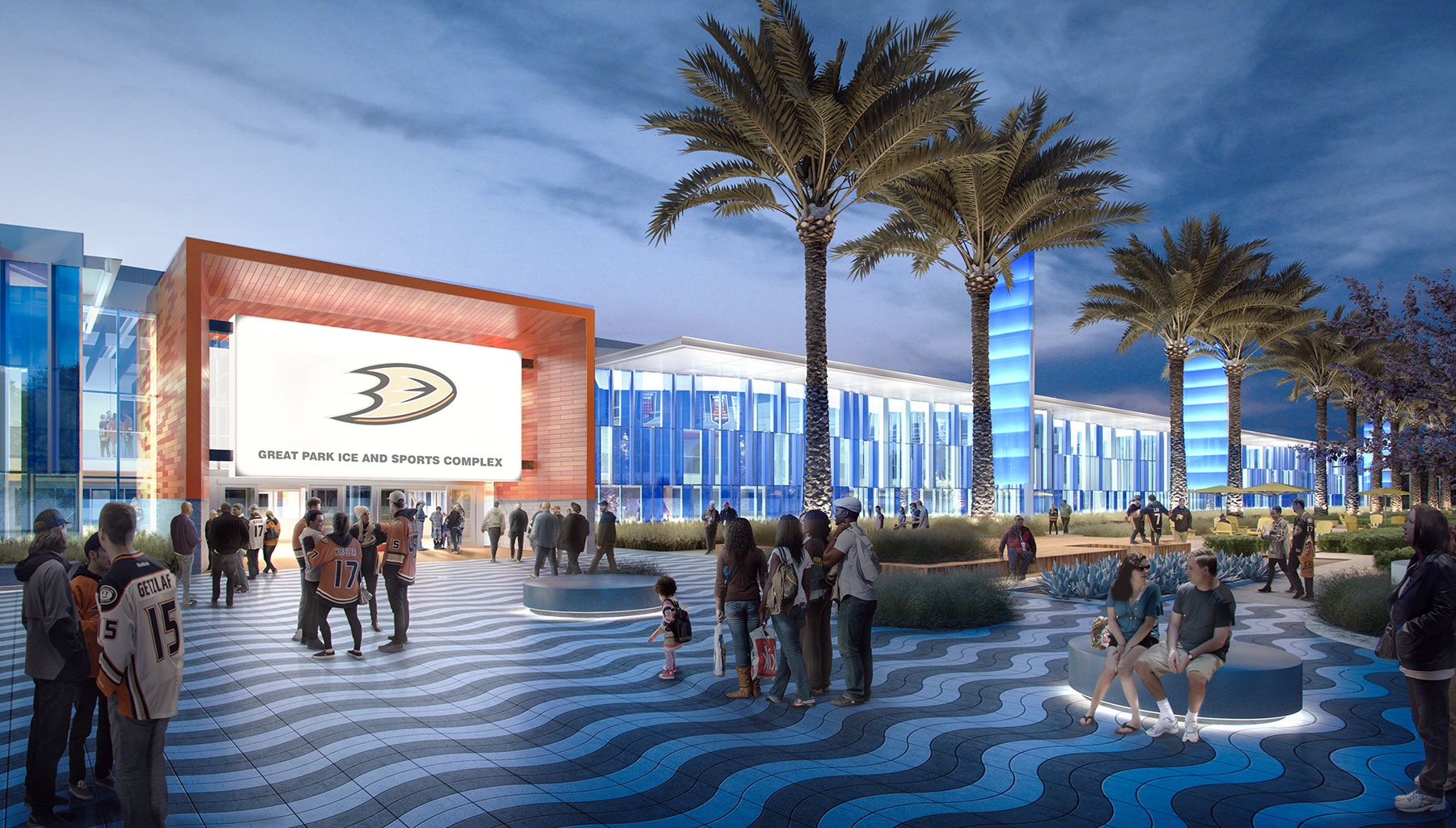 Whether you’re practicing triple salchows or tying your laces for the first time, the new Great Park Ice facility will be open for public skating sessions on Wednesday, Jan. 2.

The long anticipated 280,000-square-foot rink – part of the Anaheim Ducks RINKS network – has been under construction since February 2017, and the concept had been talked about since 2011.

Though two of the four ice sheets, a restaurant and Ducks team store aren’t quite finished, the public is invited to check out the facility and take a whirl on the two completed ice sheets, said Art Trottier, vice president of the Anaheim Ducks RINKS, which runs ice facilities in Anaheim and four other cities in the region.

The Ducks will continue practicing at the Honda Center, their home ice, but they’ll also use the new $104 million Great Park rink when the arena is hosting other events.

Starting Wednesday, Great Park Ice will offer several open skate sessions during the week and on weekends, and the public is welcome to drop by for other events, such as broomball, youth hockey tournaments and figure skating, or just to take a look around, Trottier said.

Three ice sheets are regulation National Hockey League-sized and the fourth meets Olympic specifications. One of the NHL rinks, known as FivePoint Arena, seats 2,500 people, and the other rinks each seat about 500 to 600 spectators.

The facility will be open daily from about 5 a.m. to midnight, and it was planned to have plenty of public access, Trottier said. It was privately financed by a foundation funded by Ducks owners Henry and Susan Samueli, but is expected to be turned over to the city after a long-term lease of up to 50 years expires.

“We can’t wait to get the whole building open,” Trottier said. “We’d like the public to just come take a look at it.”

A formal grand opening celebration is set for March 7.