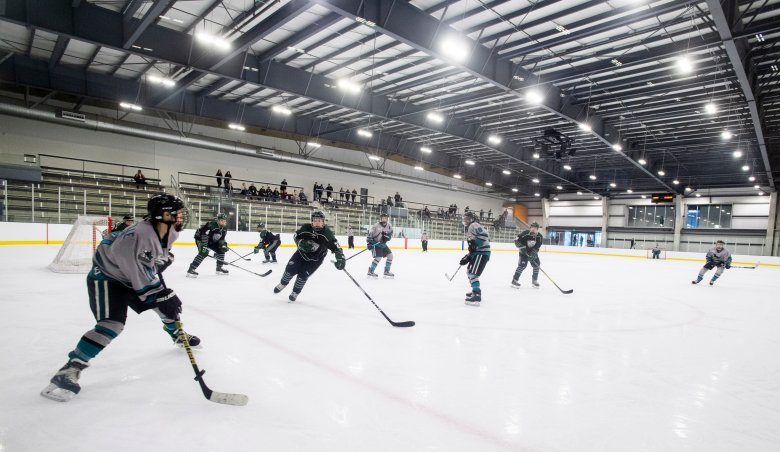 Great Park Ice in Irvine has been open for business since late December, hosting a number of youth hockey and figure skating events on its four ice sheets. But it wasn’t until Thursday, March 7, that the $110 million, state-of-the-art skating facility held its grand opening.

Susan Samueli, co-owner of the Anaheim Ducks with husband Henry, dropped a ceremonial hockey puck to celebrate the opening of what U.S. Figure Skating executive Mitch Moyer called a “Taj Mahal” of skating facilities. U.S. Figure Skating is another tenant.

Construction is ongoing, including facilities for the Ducks, and won’t be completed until June, according to Art Trottier, vice president of The Rinks, the Ducks-owned group of ice facilities.

The Ducks’ first event at Great Park Ice is expected to be their annual camp for prospects, to be held in late June. The Ducks also will host a tournament for rookies from five other NHL teams in September.