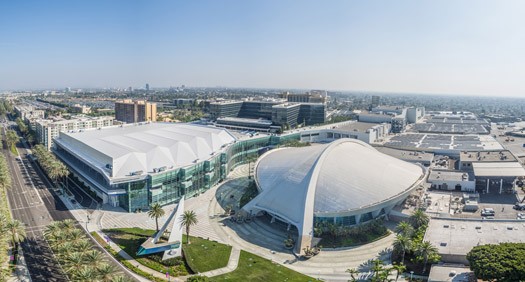 Earlier this year, Exhibitor Media Group, which produces both EXHIBITOR magazine and Find It – Marketplace, the buyer’s guide to trade show products and services, announced the 20 venues that qualified for its first-ever Centers of Excellence list, which recognizes North America’s best convention centers for trade shows and events. Small, medium, and large convention centers located anywhere in North America were invited to apply, and entrants were evaluated using an objective algorithm weighted to reflect how EXHIBITOR magazine readers value a variety of variables.

In addition to being named among the 2020 Centers of Excellence, a number of facilities qualified for special awards in six categories: Best Convention Center (in four size-based categories), Best Expansion/Renovation Project, and Best Customer Service and On-Site Support. The winners were announced earlier this month in conjunction with Expo! Expo!, the International Association of Exhibitions and Events’ (IAEE) annual meeting and exhibition.

“Using the same criteria and algorithm employed to identify North America’s top 20 convention centers for trade shows and events, we took things a step further to find the ultimate best of the best,” said Travis Stanton, editor of EXHIBITOR magazine. “These six facilities range dramatically in size, from 60,000 to nearly 2 million square feet of exhibit space. And they vary in geographic location, from the American Southwest to the Canadian province of British Columbia. But they all share one thing in common, and that’s a commitment to excellence.”